For decades, men dominated skateboarding. Women were discouraged from joining the games and then discriminated when they did. However, they kept pushing through all barriers and making important steps toward equality.

Nowadays, female skateboarders are on the rise. Although their coverage, rewards, and sponsorships are still fewer than those of male players, they are changing the sport for the better. Who are those amazing women and what progresses are they bringing? Let’s take a look!

Women In The History Of Skateboarding

Skateboarding was born in the late 1940s in America. It started to get popular by the 1960s. Up to that time, the sport was still exclusive for men. Female skateboarders made their first official debut in 1965 when Patti McGee’s handstand photo made the cover of Life.

By the 1970s, a few more professional female skateboarders joined the field but the number was negligible. In many championships and teams, there was no girl at all. The Z-Boys crew had only one female member who is the legendary Peggy Oki.

The girls only got more attention in the 90s. Players like Cara-Beth Burnside and Jaime Reyes started to become kids’ inspiration. Sadly, they were still left out in big skateboarding events and competitions such as X-Games.

That was changed in the early 2000s when ESPN introduced girls’ demo stand at the X-Games. People started to argue that skateboarding required more skills rather than strengths. Consequently, girls could be just as good, or even better than boys in the sport. Nonetheless, the rewards for women were trivial compared to men’s and the challenges were still ahead.

In recent years, female skateboarders are finally getting the spotlight that they deserve. Famous brands are giving them serious sponsorships and collaborations. They are everywhere in the press. Many have become important members of their teams just like their male peers.

Despite various improvements, equality has not been reached. Articles about female skateboarders are usually sexualized for entertainment rather than focused on their skills and achievements. On average, they are paid less than men. In 2013, Nyjah Huston still said: “Skateboarding is not for girls at all”.

Nevertheless, we can believe in a bright future. The female skateboarder community is growing stronger and stronger. This year, women will compete alongside men in the first Olympic skateboarding games.

Now, let’s find out more about the names that have brought us to this new era in skateboarding history.

Best Female Skateboarders Around The World 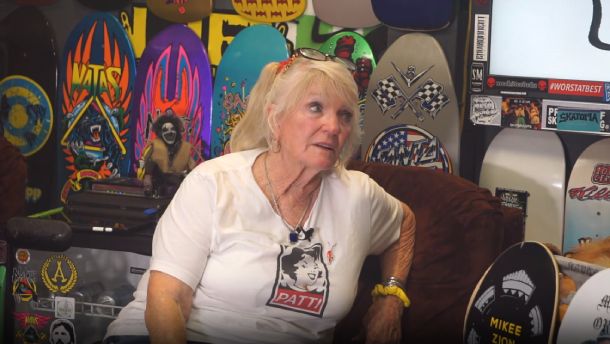 When talking about the evolution of skateboarding, it is impossible to not mention Patti McGee. She was the first woman brave enough to step into the all-male zone and became the first professional female skateboarder in the world.

She was the pioneer who paved a path for all girls with skateboarding passion. In 1965, she won the first National Skateboard Champion for women. Patti McGee was also the first female to earn a place in the Skateboarding Hall of Fame.

Her hand-stand picture on the cover of Life magazine had made history. It was a shout-out that skateboarding was not made solely for men. Moreover, McGee toured around America to talk about her passion and inspired many young girls to get their first skateboards. 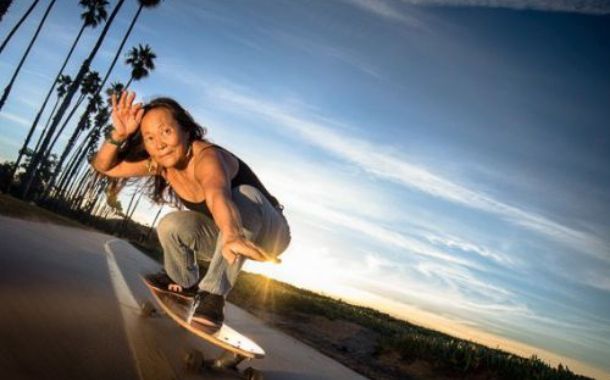 Peggy Oki is another badass girl that challenged all stereotypes in women skateboarding. She was the only woman in Z-boys crew, a team full of boys back in the 1970s. Along with her male teammates, Oki created a phenomenon of freestyle skateboarding that had never seen before.

The Z-boys was so successful that Hollywood made a movie about them in which Oki appeared in 2001. The team successfully made the name Peggy Oki heard everywhere. It became a symbol that female skateboarders can play alongside male players as their equal.

Besides, Oki achieved many other titles on her own. In 1975, she won first prize in Women’s Freestyle at the Del Mar Nationals skateboarding competition. She made it into the Skateboarding Hall of Fame as well. 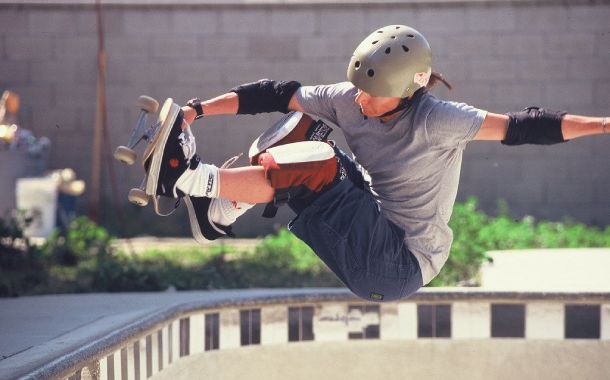 Talking about personal achievements, Cara-Beth Burnside has the most impressive records among female skateboarders in the late 90s and early 2000s. She has won more than 16 titles including X Games, Vans Triple Crown, and Slam City Jam.

Her success made her the first woman to have her own signature skate shoe line. In the time when sponsorships for female skateboarders were rare, this is a big step forward.

However, the most important thing is done for all the girls back then was the founding Action Sports Alliance. The non-profit organization aimed to support professional female skateboarders and females in other action sports. Many recognized female skateboarders today still say their idol and inspiration is Cara-Beth Burnside. 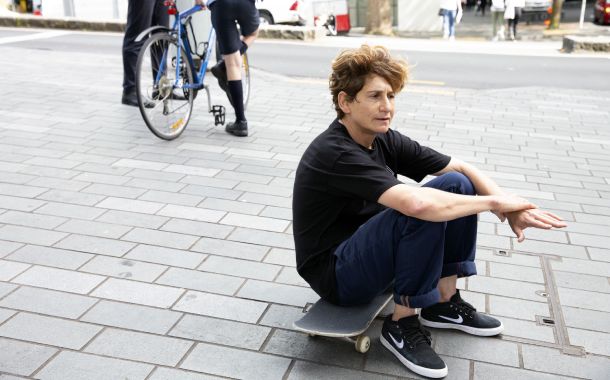 Having just as many personal awards as Cara-Beth Burnside, Elissa Steamer has her own way of changing skateboarding for the better.

She had significant parts in a series of famous videos including Toy Machine and Welcome to Hell. Her exposure brought attention not only to female skateboarders but also to a new trend in skateboarding.

She was also the first woman to have a playable skater role in Tony Hawk’s video game. Steamer has brought a new wave of motivation for skateboard-fonding girls. Turning 45 in 2020, she still going on strong with her passion with no sign of stopping. 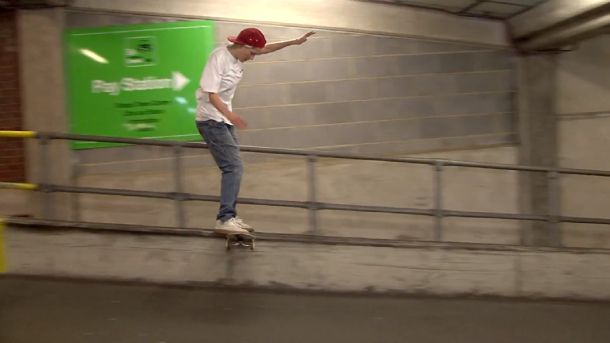 Born in London, Lucy Adams told Hypebea female skateboarding was not even a thing in the late 90s. Skateboarding was intimidating for girls when she was growing up but she decided to not let the fact stop her.

Lucy Adams has been one of the most popular among British skaters for many years. She won several Girls UK Skate Jam and UK Skateboard. Besides, she delivers skate sessions for female players so that they can be more confident in skate parks.

Now, she is part of the Great Britain skateboarding team for the 2020 Olympic. To say she has contributed greatly to the UK’s skateboarding scene is not an exaggeration. 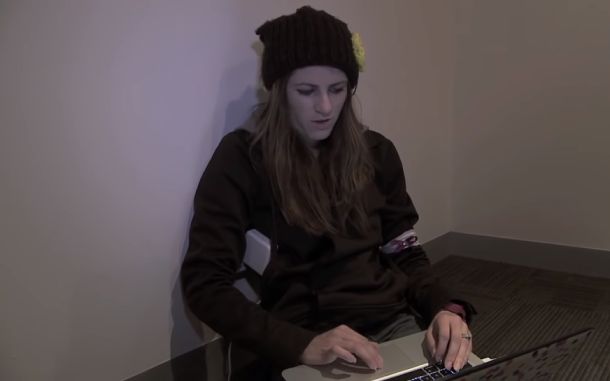 To the young skateboarders in the USA, Lyn-Z Adams Hawkins is a more familiar name. She was and still is in the center of the female skateboarder group. Just like Steamer, she was the second female to be featured in Tony Hawk’s skateboard game.

In 2013, Lyn-Z became the first women to skate the intimidating DC Mega Ramp. She was also the first female to successfully perform a 540 McTwist. Hawkins has encountered several injuries and obstacles but she always comes back and keeps breaking limit set for women in the game. 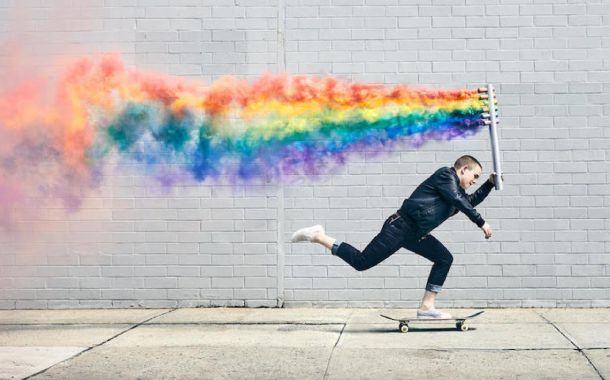 Lacey Baker or Leo Baker is another fierce woman who works hard not only for herself but also or other females in the skateboarding world. Moreover, she also stands up for the LGBT community.

In 2017, Baker became the first queer women to join the Nike team. She designed the first Nike female skate shoes. Baker always frankly talks about gender bias in the industry and her hope to make a change. The professional skateboarder keeps encouraging women to join the game.

In an interview with Vogue in 2018, Baker said that they still had a long way ahead toward equality. However, she has always been hopeful. Baker wanted to use herself as an example that people should be recognized by their skill sets, not their appearance. 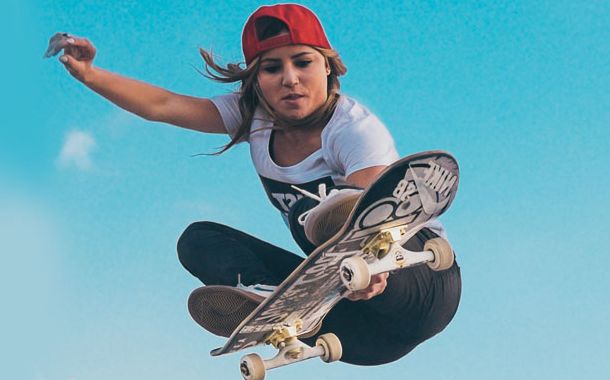 Of course, we have to talk about the current female stars and one of the brightest is Leticia Bufoni e Silva. The Brazil professional skateboarder has won the X-games gold medal 5 times. She appears on almost every list of appreciated female skateboarders you can find.

In 2018, Bufoni was named one of The Most Powerful Women in International Sports. In the same year, she also got into the “30 under 30” list of Forbes Brazil. Leticia Bufoni has become an icon with 3.4 million followers on social media channels including Instagram, Facebook, and Twitter.

Rising stars like Bufoni are moving female skateboarders from the sidewalk to the spotlight. Over the years, she has cast in several movies, documentaries, and music videos. Women are no longer just “tokens” to make a team or an event look good and inclusive. They have proved that they are worth respect. 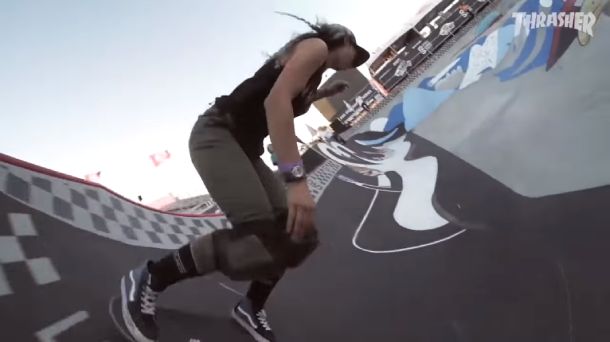 Lizzie Armanto is another skateboarder who is creating history at a very young age. At 27, she already earned over 30 titles and currently ranks 9th on The Boardr Global Ranking. In 2018, she was the first woman to conquer The Loop, a 360-degree ramp. Now, she is busy preparing for Tokyo Olympics 2020 with the Finnish national skateboarding team.

Armanto has been given sponsorships by many big brands including Bone Wheels, Birdhouse and G-Shock. She is the face of Vans’ global campaign. Small and limited sponsorships for female skateboarders are becoming a story of the past. Although the gap between male and female skaters’ incomes still exists, it is getting smaller. 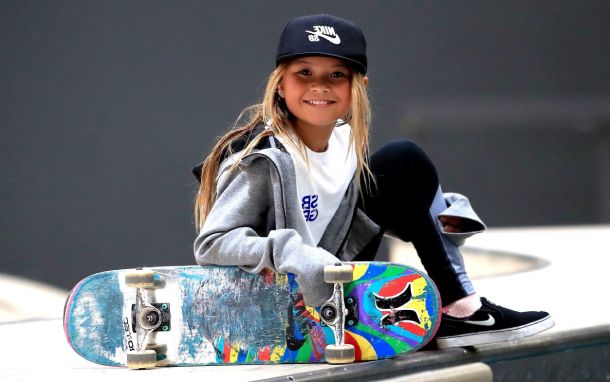 The last and the youngest on this list is Sky Brown. At only 11, this little incredible girl sets out to break all the boundaries. She not only won a Bronze medal in World Championship but also became the first female successfully land a frontside 540.

Brown is considered to be a prodigy. She is going to be the youngest member of the UK Skateboarding team to compete in the Tokyo Olympics 2020. Brown is a living proof that there is no such thing as only people in one gender or one certain age can be good at skateboarding. Everything is possible if we dare to give it a chance.

How Female Skateboarders Are Changing The Sport 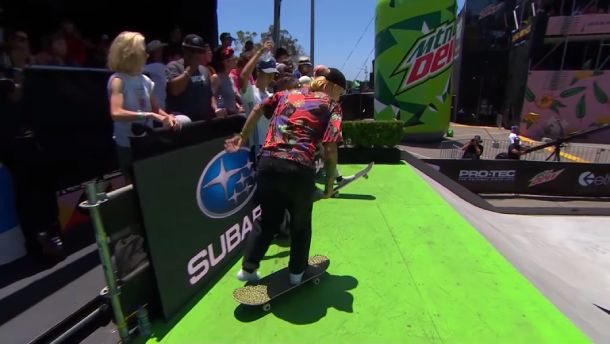 Along with all the amazing names on our list, there are thousands more who are also working on the same course. Slowly but surely, they are making a big difference. There are three common keys to how they can do it.

First of all, they are brave enough to step out of their comfort zone and fight for their equal rights. McGee did a handstand on her skateboard when the game was still all about men. Burnside convinced ESPN to host a girl’s demo stand for girls at the X-Games and then pressure them to even the prizes between male and female players.

Secondly, female skaters are always supportive of each other. Just like Baker, many professional skateboarders motivate young girls to be who they want to be. Some, like Lucy Adam, even set up non-profit organizations and free sessions to help women when they want to advance in skateboarding.

Finally, they never back down or stop. Over the years, hundreds of new records have been made and then broken by women and their skateboards. Older like Steam or super young like Sky Brown, they know what they set out for and that will always keep moving forward.

Changing Skateboarding For The Better

In conclusion, we have to admit that female skateboarders are still the underprivileged in their own field. However, we can all believe in a brighter future. There are strong, talented and resilient women who will never stop pushing barriers and altering the face of skateboarding.

They deserve our respect and support. We can always contribute to their course by attending female skateboarding events, buying their signature products or simply encourage the girls around us to follow their dreams.