It’s been 40 years in skateboard business, NHS Inc. has become a multimillion-dollar company and the most recognized and the oldest in the world selling skateboards with dedication. At the time the NHS ruled the industry of skateboards with a large fanbase . It is dealing with 13 brands, and the major customer base is skateboards and its related products, e.g., clothing and accessories. As the company grows and time passes it was a wise decision to offer a broad range of boards like snowboards, surfboards, and related apparel and accessories. 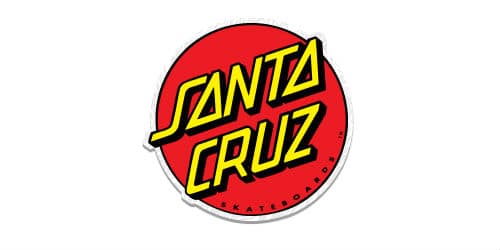 In the history of the skateboard, no other name can claim such a big part and also what culture Santa Cruz made. Santa Cruz is one of the original manufacturers of skateboards and many other products that they have been working on for a long time. Another remarkable moment in Santa’s History is their achieved awards. They won all these legendary titles in the 1980s.

After the long-term success, Santa Cruz decided to continue the tradition and make their business more advanced and updated according to the technology. So, they started making outstanding videos on skateboarding by different riders. Their classic videos are like:

From these videos, people learn the tactics and techniques of how to ride a skateboard for fun and professional purposes. All these videos are uploaded to the YouTube for free. They have made their channel on YouTube and upload videos of different riders riding skateboards professionally and dangerously as well.

Hand in hand with its videos, Santa Cruz is also single-handedly responsible for finding and nurturing some of the most revered names in professional skateboarding.

Being professional skateboards manufacturers, Santa Cruz always published some remarkable and unique iconic graphics embedded on the skateboards. Their outstanding, unique icons include:

Including all these, there are many other graphics of Santa Cruz Skateboards, but these are the professional ones.

Santa Cruz and Love of Skateboards 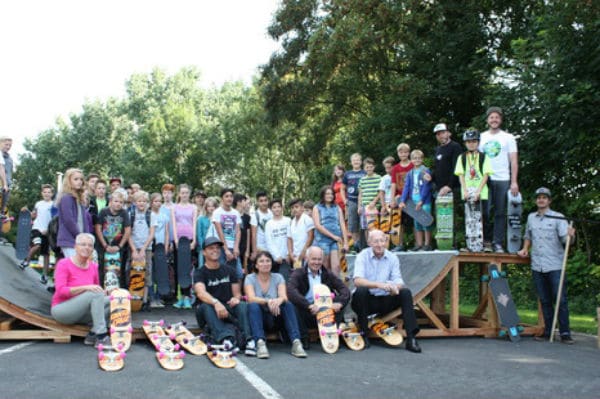 Richard Novak, the founder, said, it is not just about money or business. We are in this business because we love being on skateboards. So actually they love the work they do. That is the dedication which takes this company into the legendary names. It was started in 1969 when founders were supporting their ambition of skateboarding by selling fiberglass raw materials to the people who were in the manufacturing business of snowboards, boats and vehicle fairings. In 1973, they got an official order from one of their friends who were in the sales business in Hawaii. That is indeed a big order for them because it was of 500 skateboards. They used loose ball bearings, urethane roller-skate wheels and roller-skate trucks and they sold all those in no time and immediately after that they got another order of 500, which dragged them into the business professionally. Then they got incorporated officially. 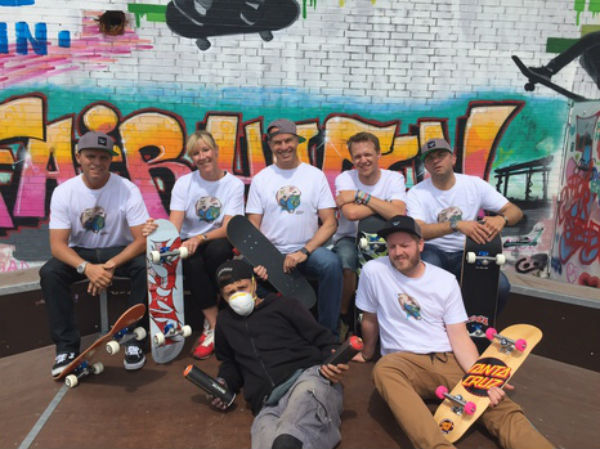 A collection of skate art from 1973 has been shown up in the museum. Because the early years of Santa Cruz skateboarding were the most historic and memorable years. Santa Cruz is one of the oldest companies in the business of skateboarding and continues to produce great stuff. First skateboard produced by Santa Cruz was in 1973.

Another brand with the name of independent Truck was also created after a while, but before that, a prototype of a stoker truck was built by Fausto Vitello and Eric Swenson in 1978. They were working as mechanics in the racing unit of Harley Davidson. They decided to use their talent and skills to develop an automotive kind of skateboard truck with suspensions. Both Eric Swenson and Fausto Vitello have passed away, but what they have created brings a revolution in the skateboarding field as their legacy and its impact on skateboarding like no other.

Those days were not very ideal for skateboarding because there were fewer participants but the company’s growth was continuous. According to Bob Denike, NHS president, and chief executive officer. The company employs about 95 people in an old cannery in the Bright Sea area of Santa Cruz. It’s been ten years that half of the employees didn’t leave the company and are still working within to make it great.
In 1974 Anthony Roderick approached with an idea of precision bearings and the urethane wheel. This idea worked instantly and spread like a storm. Road rider wheels funded the development of Santa Cruz and the rest, as they say, is history. 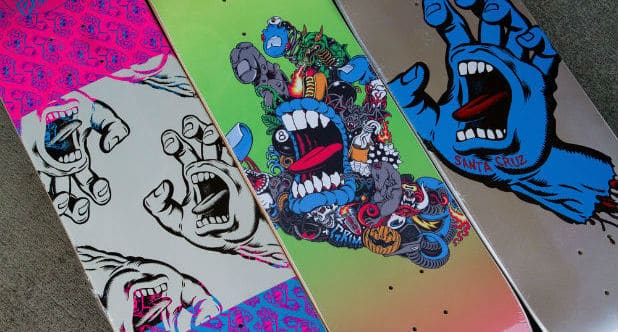 In early days, to advertise the branding of the company a shirt was designed with Team Santa Cruz on top of all the surfers who were with and for those who were representing the company. They were handmade T-shirts for all teams.

Steve Olson was the famous name in 1978, he was a versatile skater and inspiring. He was famous because of his on and off boarding style due to his style and also for his graphics of checkerboards. He, with Devo and Marina Skate Park in the inaugural year of MTV in 1980.

In the recently established NHS museum, every corner is filled with original hand-drawn designs and decks. There are some photos which tell the whole story of skateboarding. Steve Alba’s voodoo board, Jeff Grosso’s toy box graphics, and Jeff Kendall’s pumpkin board are on every collector’s wish list.

The illusory Jason Jessee was the most famous and inspiring skateboarder of history. His graphics were the legends of the whole time including mermaid and Neptune. Those were considered the best graphics produced by Santa Cruz Skateboards.

Santa Cruz is not only famous for their manufacturing of Skateboards but also they now opened their own merchandise in which they offered their fans printed T-shirts, Decks, Jackets, bearings, bottoms, snowboards, grip tape, surfboards and many others are listed below:

Bob Denike is the president of NHS and has been interviewed about to reveal the history of Santa Cruz. We hope you have loved and cherished their legendary history.