When you are into skateboarding, you always want to learn more skills and techniques to show your abilities. The skateboarding tricks vary in difficulty levels. For us, mastering the easy before the difficult ones is a wise choice.

Today, we are introducing one of the easiest tricks in skateboarding – backside 180. To perform this technique, you must get used to the Ollie and 180 degrees turning. Then, combine these two tricks smoothly to make a backside 180. Below are the detailed instructions to backside 180 that you can follow at ease. 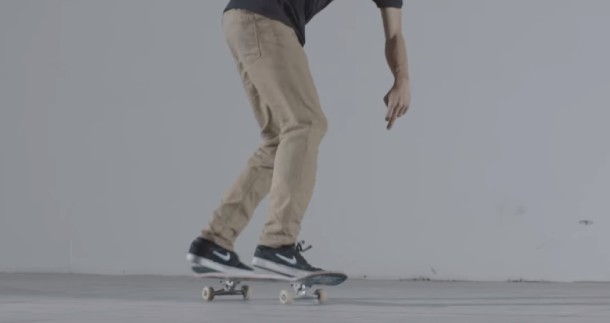 A backside 180 is a trick in which a skateboarder performs the ollie and rotates his body around for 180 degrees. It is basically like a front side 180, but the main difference is that you will turn your back around while spinning the board. This is why people name it “back side”.

To perform the backside 180 comfortably, you should at least get used to the ollie first. This technique is a base trick that helps you develop and learn other tricks more easily.

Step 1: Get Your Feet in the Right Position on the Board 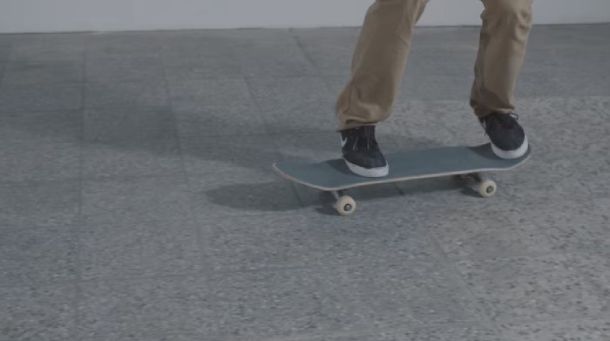 When learning any new trick, the first thing to do is have a correct stance and position. For backside 180, you can have a regular stance as you do in ollie.

If you put your front foot further, you can make a high jump more easily than the other position. However, it will be harder to pull off and catch the board when you land on the ground. 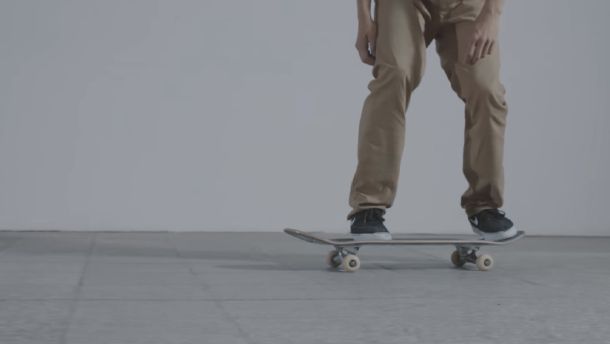 Warm up and take some rides on the skateboard for 5 minutes to get used to the board. Make some momentum before performing a backside 180. Why? Most tricks in skateboarding require you to start with enough speed movement. Otherwise, you cannot reach a certain height to perform the trick right.

However, you shouldn’t ride too fast because the board will go, spin, or flip far away from your desired direction. Riding too fast can also result in bad landing and injuries. Feel the speed which is the most suitable for you.

Step 3: Lower Your Body to Prepare for a Jump 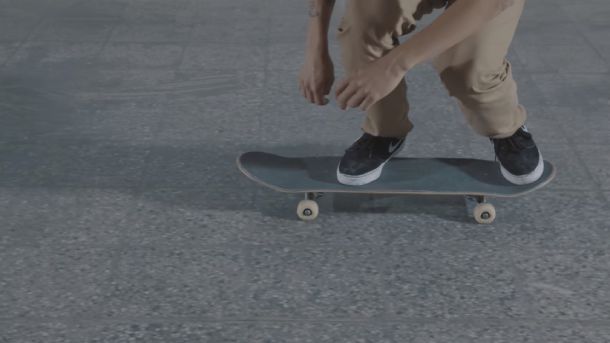 Before making a jump, you have to make some momentum first. Bend your knees and keep your arms down near them to keep your body balanced. Now, the most important part is your shoulders. We use the shoulders to twist and turn with the body when doing the backside 180. It’s like doing the front side 180.

In this trick, you don’t have to pop the board up as high as you can because the board doesn’t flip or spin.

Step 4: Use Your Back Foot to Pop the Board up 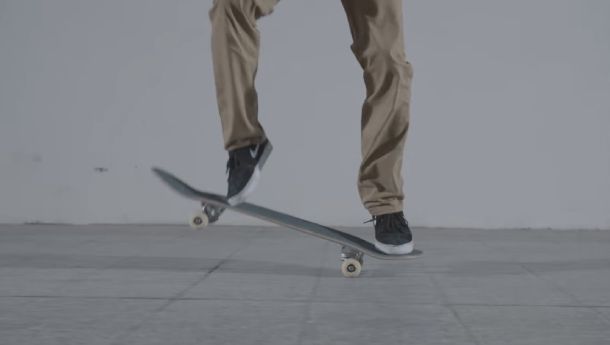 This is an essential part which explains the reason why we call it “backside 180”. If you pop the board up and land down normally, it may be just the ollie trick. But when you lift the board and spin your body around at the same time, it is a different thing.

Bend your knees, lower your body, prepare for a jump. Just after popping up the deck, slightly turn your hip and your shoulders around. Try to twist gently so that you won’t lose control of the board. You will use your back foot mainly to make a rotation.

Step 5: Slide Your Front Foot Alongside the Board when You Start Jumping 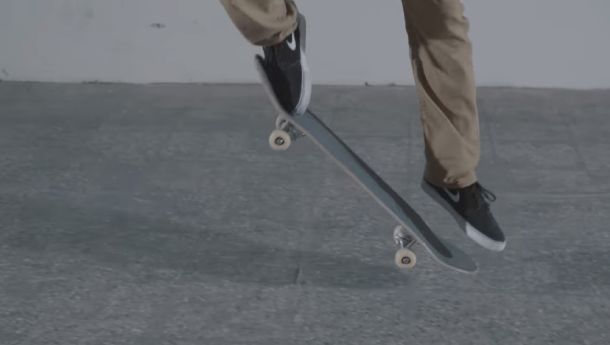 After lifting the board in the air, an important skill that you should get used to is sliding the front foot alongside the board. By this way, you get the feeling of the front foot and it will be easier to focus on landing by this foot. Meanwhile, hold your back foot at the current position on the board.

When sliding your front foot upward, use the side of your shoe, not the whole shoe. Make sure the sole of your shoe doesn’t touch the board, while keeping your ankle flexible. Sliding the front foot alongside the deck is an essential part of skateboarding that everyone should practice before performing other tricks.

Step 6: Try to Land with Your Slide Foot 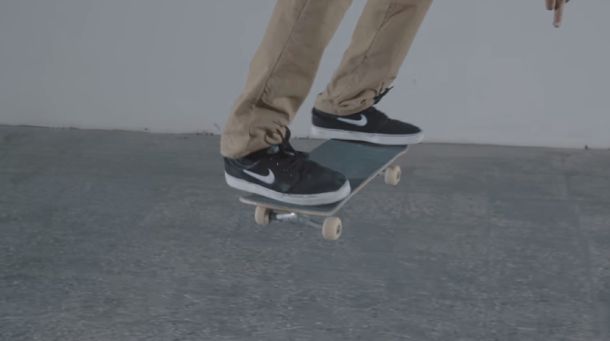 I used to backside 180 without focusing on landing with the front foot. The result was that I couldn’t get a full 180 degrees rotation as it should be. Here is a tip for doing the backside 180 the right way.

When you finish jumping up and spinning your shoulders and body, immediately think of your sliding foot. This foot is the pivot foot which decides the degrees of rotation. Meanwhile, lighten your back foot so that you will not fall backward when landing.

Step 7: Straight up Your Body Gradually after Bending down Your Knees 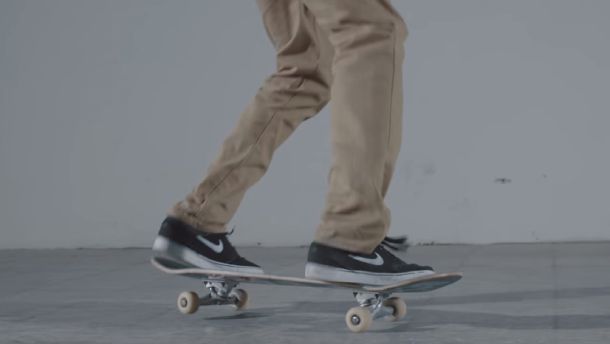 When finishing the backside 180, remember to keep your body low by bending down your knees. By doing this, you will reduce the shock of the board while regaining the balance.

However, do not try to stand up immediately after landing down. You will be pushed away by the inertia, so stay in low position for a steady stance, otherwise, you will fall off the board. Gradually straight up your body when you get the balance back and now you can perform another trick.

Practicing hard day by day is the most important tip that we give you in this article. It makes the difference. No method is more effective than learning and practicing.

This is not a very easy trick in skateboarding, but it’s one of the most common tricks that every skater should learn and get familiar with. Before learning this trick, you had better know and excel in ollie because the backside 180 is based on that technique.

At the beginning, it is easy to fall off. But do not give up easily. Patience and hard work are the keys in this game. Keep doing again and again until you master the trick.

Besides, try different speed levels to find your comfortable one because people feel the speed in different ways. Some players find this level too fast, while others think it is fine for them.

No, I am not. 180 is just a number. As long as you can pop up, spin back side and still run toward, it is backside 180. You don’t have to take the exact number too serious. Master the skills, techniques, and movement, then you can perform the trick excellently.

How to do a Flip in Skate 3

Above are the steps for performing backside 180 effortlessly. As you can see, it is not difficult if you have already known the ollie. This trick just adds the spinning motion at the back side to make it a backside 180.

Now you have the answer to the question: how to backside 180. Please comment below if you find any difficulty during the training.