Skate 3 has a better graphic design and some updates to make the experience feel as real as possible.

This game is compatible with Playstation 3 and Xbox 360, and Xbox One X Enhanced.

To help you stay up to date with the changes, I compile this list of how to flip in Skate 3.

To help you stay up to date with the changes, I compile this list of how to flip in Skate 3 with multiple tricks you can pull off to impress your friend.

This article also has my own comparison of the three versions of Skate and a review for parents so they can understand their child is playing. Keep reading to find out.

How to do Basic Flips in Skate 3 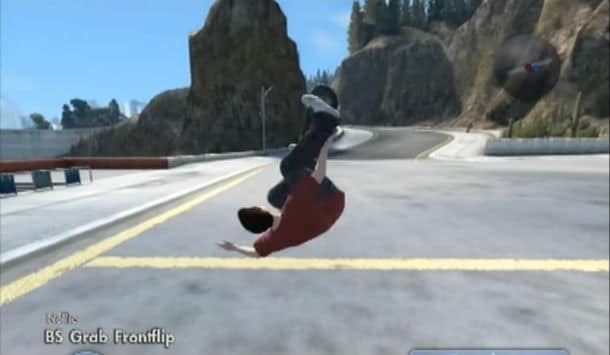 Make your character jump as you usually do, and then grasp one of the triggers so that the character snatches the skateboard, pulling the left stick forward quickly. Timing is very important here as it can make or break your performance.

Hold the stick until the character finishes the flip and see the cool flip you just do.

Very simple to follow if you have already mastered that we can go to the next flip! 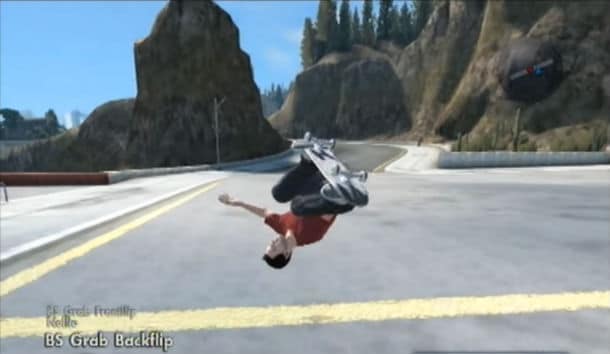 To do a backflip, right at when you take off the ground, hold one of the grab buttons and then direct to where you want your character to flip.

Again, timing is crucial here as you have to be as quick as possible to start but that is easy for you since we all have that gamer high speed reflex.

Don’t worry, new skills always take time to master. Once you get the hang of it, you will have a solid base to learn harder flipping tricks. 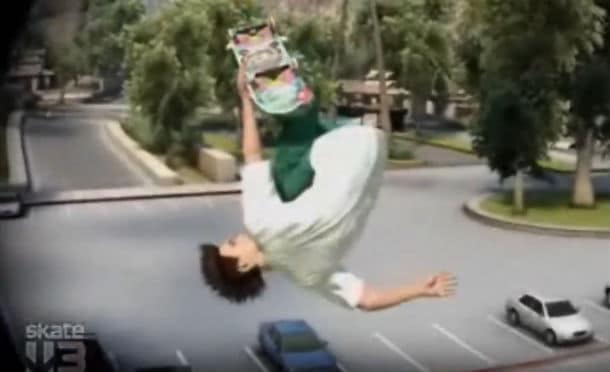 The body flip is where players notice the most significant difference between Skate 3 and Skate 2 because this is where the new and improved mechanic comes in handy.

To do body flip, first, your character must snatch the board, after that, it will be able to flip.

Firstly, make your character move as usual and then rotate the stick on the left to where you want the character to perform the body flip.

This game mechanic is really well made i might say! 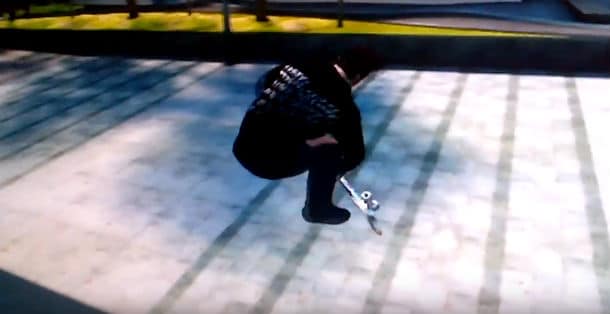 To do a finger flip, first you pull off an Ollie, and then when the avatar is on the way up, make him or her grab the board by holding R2, when the character is in midair (don’t let go of the R2), pull off a kickflip.

It’s very hard to pull off but the satisfaction when you do it is pretty good! 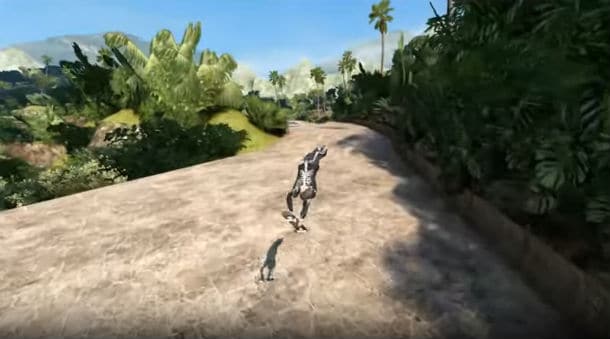 This is a cool achievement that I know many of you struggle to make. I think this trick is harder than any of the above so I will make a more detailed guide so that you can follow it and know exactly what you should do.

This one is also called Miracle Whip and it’s basically doing a body flip while performing a superdude. I personally think this is the coolest move in the game.

To do the superdude, you press both triggers and press B, that’s the button on the far right.

The trick here is that you don’t touch the left thumbstick until you get into the air. Then immediately hit both triggers and hit down or up just follow the exact combination and you will be just fine.

This is more about the practice to get the timing right so don’t be discouraged if you don’t make it after the first try. Don’t give up, you will succeed in no time!

Skate 3’s flip tricks are endless once you have mastered all the basics.

Try combining flip tricks and you will end up with many creative and cool performances. Here I will list some of the best combinations I have discovered in the game: 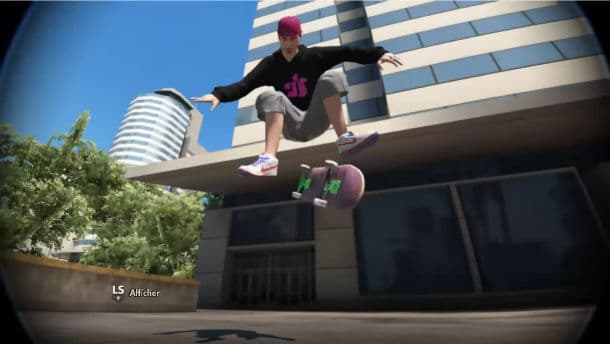 Hardflip is a combination of a kickflip and a frontside pop shove-it.

Hardflip is a combination of a kickflip and a frontside pop shove-it, this trick is quite a challenge for players who want to test themself. One of the scenarios I can think of now is the board can go off course and move upright. Combining tricks is what makes this game so great! 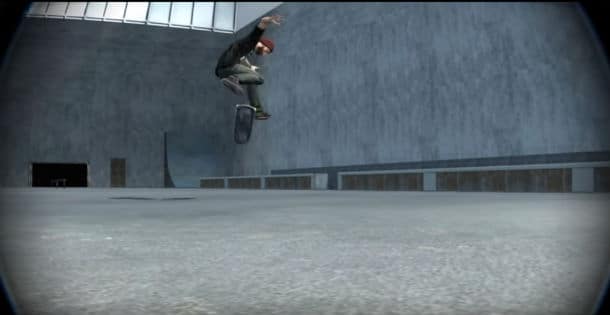 A name to call the movement when you do a heelflip and a frontside 360 shove-it simultaneously as cool as the move’s name the laser flip is really satisfied to pull off. 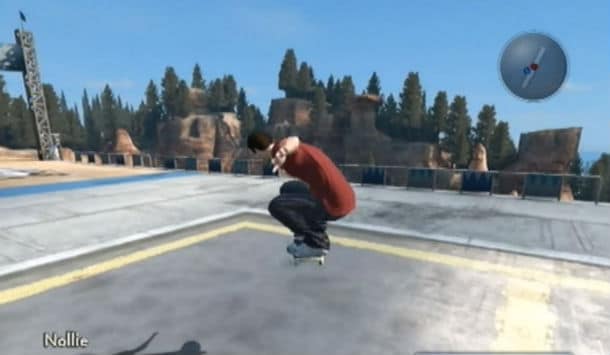 A nollie is nothing more than an Ollie performed backward.

To do this trick, pop the board up using the front foot while the back foot levels the board off.

To do the Nollie 360 flip, repeat exactly what you would do with a 360 flip. The only difference is the board not popped from the tail but from the nose.

This trick is a 360 Hardflip but with the board’s nose replaces the tail while doing the trick.

Your skateboard revolves around the x-axis and at the same time, flips around the y-axis. 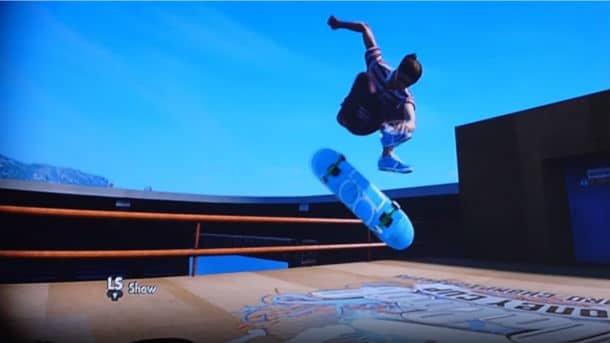 It is a kickflip and a 360 frontside shove-it done at the same time.

This one is the combination of a heelflip and a backside 360 shove-it.

On the toe-side edge of your skateboard, use your back foot to pop the board to make it a spin. This trick is much the same with the shuvit.

The Heelflip and the Ollie are the most basic tricks in Skate 3 but it’s the foundation for other advanced tricks.

This trick strikes a resemblance to the Ollie, but exactly when the board is popped, you flip it 360 degrees, to do this trick you pop the board, and then use the front foot’s heel to flick the board’s nose off, wait until the board completes a circle to catch it and land. 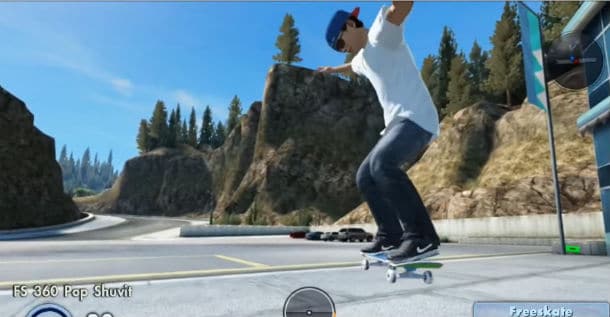 You do an FS Shove-it by starting in the way you would with a good Ollie.

You jump and then use your foot to do the following respectively: push the tail down and make it spin clockwise or counterclockwise.
This trick can be performed either frontside or backside as with other flipping ones.

In the FS Shuvit, the board is higher above the ground than in its counterpart, so the former trick can be used while coming across an obstacle.

However, the two bear a difference.

In the FS Shuvit, the board is higher above the ground than in its counterpart. So the former trick can be used while coming across an obstacle.

I have played Skate 1, Skate 2, and Skate 3 for several hours in total. Here is what I notice about the three versions: 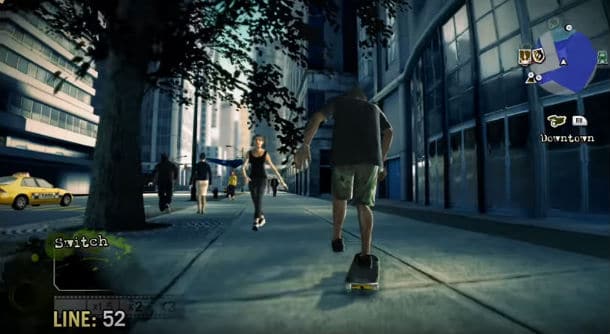 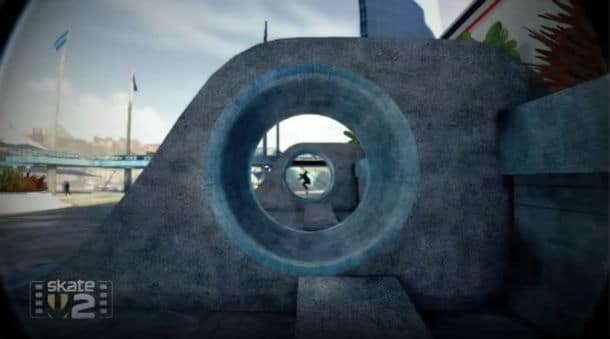 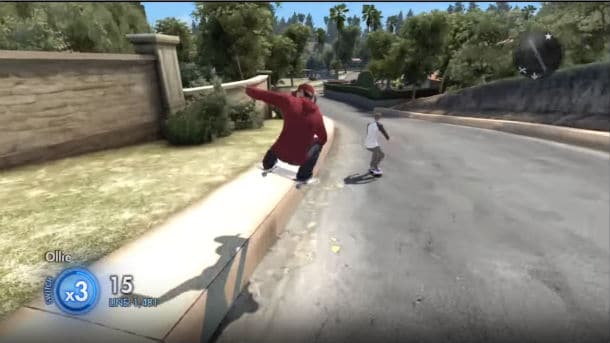 What Parents Need to Know About Skate 3

A good piece of news for parents is that even though Skate 3 is rated Teen, it’s actually a lot less violent than other games in the same category.

While the latter aims at injuring or even killing other characters, Skate 3 put a heavy emphasis on cooperation and community. Players will act as a young entrepreneur on his way to set up a skateboarding company.

However, please note that one of Skate 3’s modes reward players quite a sum based on the game character movement.

Parents should also monitor when their children playing online. While there is no foul language used in the game itself, your child could be exposed to it via the open voice communication. The online mode is suitable for teenagers who want to make friends to show off their skating skills.

A real danger I make out from this game is that some young players can try to imitate what their character does in real life. These tricks and stunts are designed to be as authentic as possible, so they can give out a feeling that they are easy to perform. 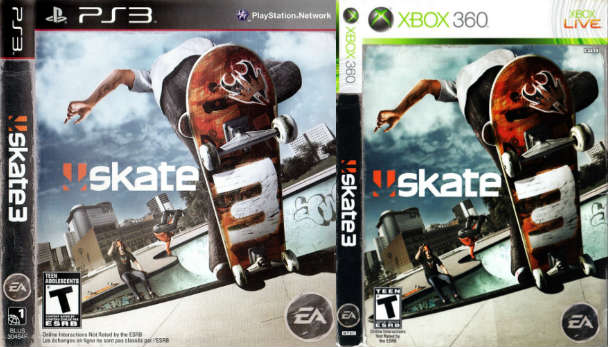 The violence degree of Skate 3 is milder than many shooting games but it doesn’t mean it has no potential harm.

The opening scene shows a man performing a skateboarding trick and has a really bad fall.

Players’ avatars can skate into pedestrians and cause them to fall over. For the first time you do this, either accidentally or willingly, they will let the avatars go. However, the avatars can be “tazed” if this happens too much.

Skate 3 aims at creating an as authentic as possible experience so if the characters in the game fall over, he or she can have scrapers, bruises, and falls.

These minor injuries are visible on the avatar and sometimes players can see a little blood.

Skate 3 has a mode called “Hall of Meat” that parents should care about.

This mode requires players to impose as many injuries on the avatar as possible. Players get points for breaking the characters’ bones.

As I share above, open voice communication is usually english and we have a room chat for friendly conversation. However, there is an option to mute other players.

There is a joke about a “hot secretary” in the game.

Other than that, the real concern is players can edit the avatar’s clothes. A male character can skate topless, while the female character may wear a sports bra if the player wants.

They can also put a tattoo on their characters. One tattoo comes in the form of a girl in a bikini.

Here I will list some vulgar instances in the game:

I have played several Tony Hawk games and loved them so much. To my great relief, Skate 3 exceeds my expectations.

The feeling it brings is so real that I think few games can compare. Skate 3 also has a higher learning curve than most of the previous games I have experienced. While this may discourage many players, I think that if you don’t give up on it too early, what you get is quite rewarding.

If you have mastered some cool tricks and want to share your skills with the world, Skate 3 allows you to record, edit, and share the video with other players.

For players who wish to compete or cooperate with other players, Skate 3 has several online modes to support you.

All of these benefits make what I pay for the money-well-spent. My friends and I enjoy the game very much.

The game is really suitable for casual players who want to enjoy some cool moves and playing with friends.

The frame-rate sometimes drops. For example, when you are the only character performing on screen, the actions are smooth and fast. When there are a lot of activities going on, the game might grind or halt.

In my opinion, Skate 3 is a great game and suitable for teens.

Skate 3’s flips are more challenging to pull off than those of the two previous versions. However, don’t be deterred if you don’t succeed in the first try. The harder it is, the more rewarding when you make it.

Skate 3 has several nice updates and it’s worth the money I spent on it. If you are one of those who are still wondering if you should have Skate 3, read my comparison and reviews to find out more details of the game.

Don’t forget to try some of the tricks I share and if you discover some more cool flips, remember to let me know in the comment section.

Thank you for reading! I hope my information about the game are useful for you!