A natural tendency among people experienced is that they confuse longboard cruising with skateboarding. Both the board games are extremely perplexing to people and therefore they tend to mix both the games forgetting that although they look alike but are way too different. The reality has a different version, skateboarding is totally different form longboarding.

Another point of conflict seen in many people is their discussions on whether skateboarding is easy or longboarding? Well, it is not easy to say which one of them is easy and which one is more complex as both the sports have their pros and cons guarded with different set of rules applicable to them.

According to some people skateboarding is much easier and to some longboarding is a piece of cake, but talking on a rational basis it is felt that a person takes comparatively lesser time to get adapted to longboarding because of their longer deck size, bigger wheel basis and the fact that the rider gets more room on the deck / leg space which adds on to the comfort level of the rider. The feature of the longboarding deck being more flexible puts a gaining point in its pocket. 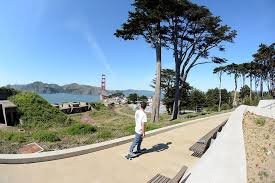 Longboarding is Flexible and Comfortable

Types Of Longboards Explained In Details