For those who identify with skateboarding, we know it is more than just cruising around. It is part of our identity.

Skateboarding is a lifestyle and one of our first loves. For sure, it shall continue to be.

Just where does skateboarding come from? Who invented it? And why can it become one of the most popular sports in the world nowadays?

Let us take a look at the skateboarding timeline, shall we?

In this article, we will provide you with some facts about the skateboard history timeline by dividing it into smaller phases.

Firstly, you may be wondering:

Who invented the skateboard?

Many people have claimed that they made the first skateboard, but the truth is we will probably never know who created it.

Sometime in the 1950s, all over California, surfers got the idea of surfing on pavements.

Skateboarding was seen as something to do as a warm-up on the way to a surf spot or just for fun after surfing.

It seems that several people got the idea at the same time.

The original skateboard was started with wooden boxes or boards, and roller skateboarding wheels slapped on the bottom.

As you can imagine, a lot of people got hurt in skateboarding’s early years.

Therefore, the boxes turned into planks. Eventually, companies started producing decks of pressed layers of wood—similar to the skateboard decks of today. 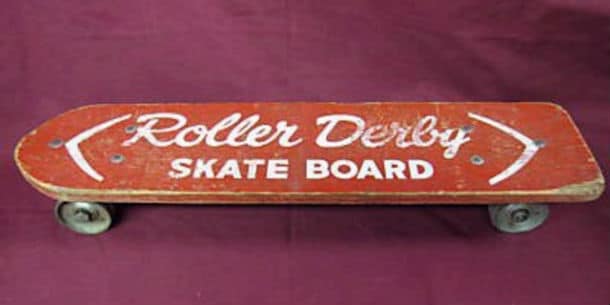 In 1959, the Roller Derby released the first official skateboard with some technical improvement as compared to the board on wheels.

As a result, this board could do tricks and also executed better maneuvering abilities.

In the 1960s would be the boom for skateboarding.

In 1962, the surf shop “Val-Surf” in Hollywood sold the first self-produced skateboards.

Also, the clothing industry specialized more and more on skateboarding. One of the most famous skateboarding shoe brand named Vans was established in 1966.

From this day on, Vans supported skateboarders from all over the world. 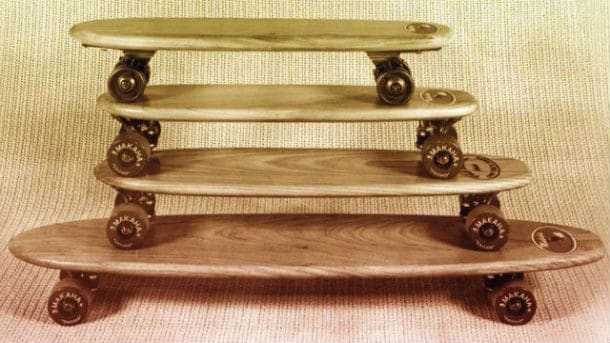 In 1963, skating reached its peak, and more companies including Patterson Forbes make boards that are well developed, especially for the trucks.

At this time, skateboarding was mostly either downhill slalom or freestyle competition.

The style of skateboarding at the time was called “freestyle” and is more like dancing ballet or ice skating with a skateboard.

After that, the popularity of the sport seemed to die.

As from 1965, skateboarding’s popularity suddenly crashed.

Most people assumed skateboarding was a fad that had died out, like the hula hoop.

Skateboard companies folded, and people who wanted to skate had to make their skateboards again from scratch.

Skaters were using clay wheels for their boards, which was extremely dangerous and hard to control.

If this was the end of skateboarding, we couldn’t enjoy it like today.

As after that, skateboard had a major comeback. 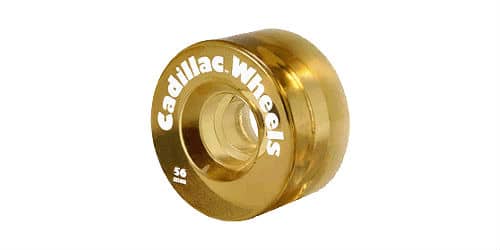 In 1972, Frank Nasworthy invented urethane skateboard wheels, which are similar to what most skaters use today.

His company was called Cadillac Wheels, and the invention sparked new interest in skateboarding among surfers and other young people.

These wheels gave the skateboard the grip and durable that allowed for better control and higher speed compared to its predecessors.

This was what made an evolutionary boost toward the sport that we see today:

Evolution Of The Skateboard 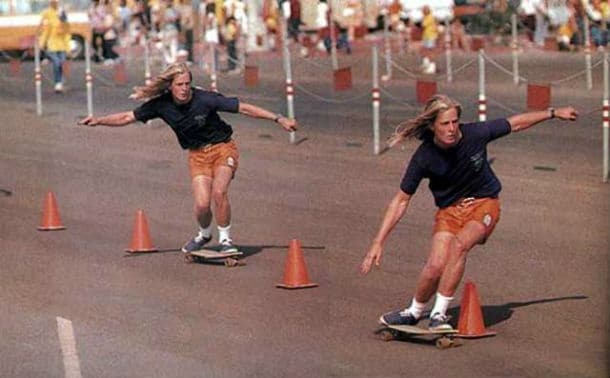 At a slalom and freestyle contest in Del Mar, California the Zephyr team showed the world what skateboarding could be.

The Zephyr team blew the contest away with a new aggressive, innovative style of skateboarding. This event catapulted skateboarding into the public eye.

The most famous of these Zephyr team riders were Tony Alva, Jay Adams, and Stacy Peralta.

Do you know who changed the course of skateboarding?

It was Alan Gelfand (nicknamed “Ollie”). 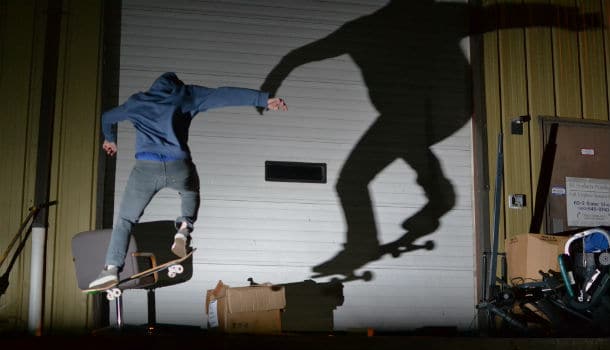 In 1978, only a few years into the popularity of the Zephyr style of skateboarding, a skater named Alan Gelfand invented a maneuver.

The Ollie is the single trick that completely revolutionized skateboarding — most tricks today are based in performing an Ollie.

This also led to the introduction of street skateboarding.

The trick still bears Gelfand’s nickname, and for his trick creation, in 2002, Alan Gelfand was inducted into the skateboard hall of fame.

In order to grow, a person’s life always has up and down moments, so did skateboard history.

Towards the end of this decade, the insurance cost for skateboarding was increased due to the dangerous nature of the sport.

This created less interest in the sport and as a result, lots of the skateboard parks were closed down.

But those completely dedicated to skateboarding kept skating.

Through the 80’s skateboarders started to build their own ramps at home.

They started to skate whatever they could find including curbs, stairs, banks, and other city structures.

Skateboarding began to be more of an underground movement, with skaters continuing to ride, turning the underworld into their own skate park.

These were smaller companies, but this enabled each company to be creative and do whatever they wanted – creating new styles and shapes of skateboards.

It was also during the 1980’s that the VCR came on the scene, and opened up the world of skateboarding to any kid, anywhere.

Professional skateboarders such as Stacey Peralta and George Powell created a company under the name Powell Peralta.

They pulled together a team of young talented skateboarders named the Bones Brigade.

Stacey had a talent for filming, and in 1984 filmed the first of a long series of revolutionary skateboard videos – “The Bones Brigade Video Show.” 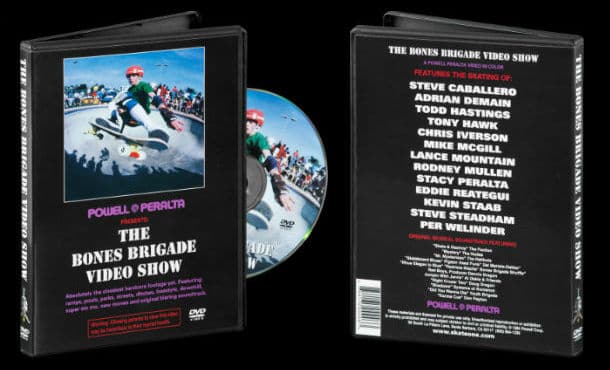 Stacey made more Bones Brigade videos – Future Primitive in 1985, and the famous Search for Animal Chin in 1987 and many more.

With the birth of these videos, skateboarding began influencing clothing styles, music, and culture. 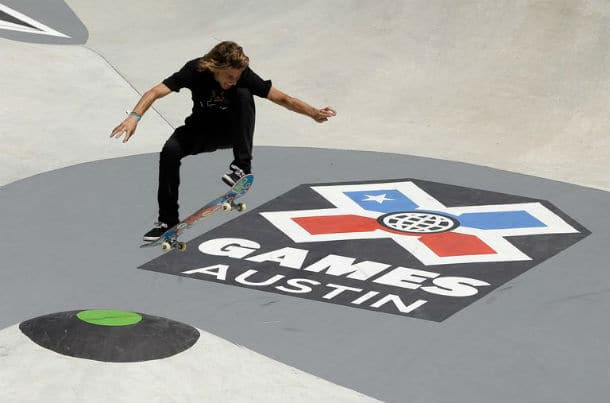 In 1995, ESPN held its first Extreme Games in Rhode Island.

These first X Games were a huge success and helped pull skateboarding closer to the mainstream and to being accepted by the general population.

In 1997 the first Winter X Games were held, and “Extreme Sports” were classified. 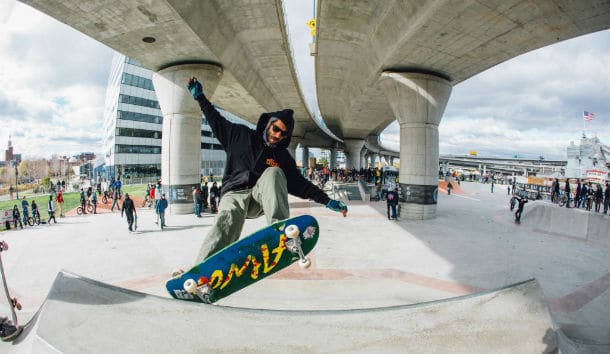 Who made skateboard popular?

There were so many people getting involved in making this sport popular.

However, we believe media played a very important role in this process.

As the 90’s continued into 2000, the rise in popularity for skateboarding fueled more and more commercialized skateboarding competitions like the X Games.

The advantage to this is the money being pumped into the skateboarding industry.

At the beginning of this century, video games such as Tony Hawk Pro Skater became an instant hit and gave more exposure to skateboarding.

With more money being brought in, more skateparks, better skateboards, and skateboarding companies have kept innovation at an all-time high.

In 2004, the International Skateboarding Federation was formed and was in charge of the talks with International Olympics Committee about adding the game to Olympics. 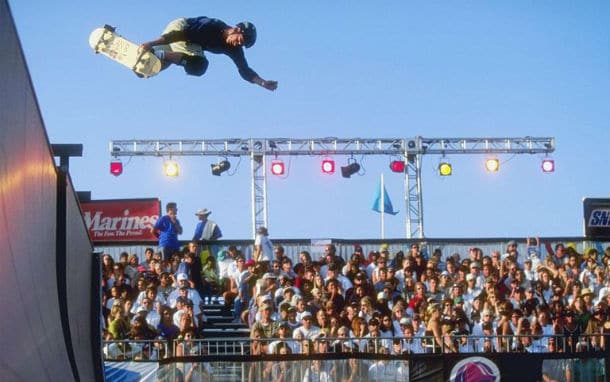 The Dew Tour in 2005 gave rival to X Games, other local contests and international ones as well gained popularity.

As you can see,

Skateboarding has evolved from its rebellious ways in local parks and shopping centers into one of the world’s most beloved sports.

In 2020, it will be a brand new event at the Summer Olympic Games in Tokyo, where it will cement itself as a legitimate and exciting sport.

Aside from its upcoming debut at the Olympics, the sport is already prominently featured as part of Red Bull’s impressive sporting calendar and popular X Games.

There have been so many competitions for skateboarders throughout the years.

Who Are The Best Skateboarders In The World?

We know each person has their own legend in their heart. Therefore, it is not fair to say who is the best.

However, in our perspective, below is the top 5 of the most celebrated, iconic and talented skateboarders to ever perform an ollie. 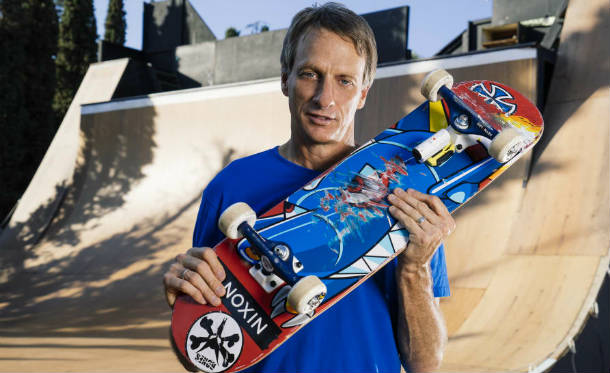 This is skateboarding’s most recognizable name.

Putting his name onto one of video games biggest franchises, setting up a massive skateboard empire and building skateparks all over the world.

It was his skateboarding that launched him onto the scene, being the first to ever land a televised 900 in 1999.

He was a voted skater of the year by Thrasher Magazine in 1990.

Tony Hawk, to this day, continues to be an ambassador for the sport of Skateboarding. 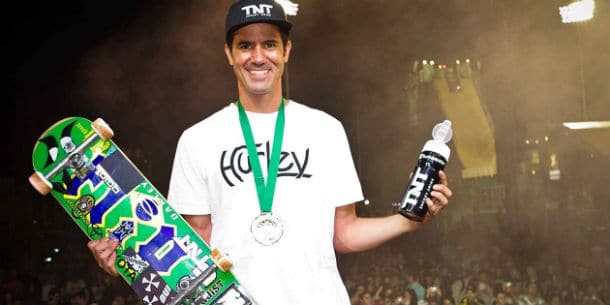 One of the most creative skateboarders ever, Bob Burnquist is known for his difficult yet innovative tricks.

He has won numerous gold medals at the X-Games including Big Air golds, Vert Golds, and Best trick awards.

His home is also home to one of the very few permanent Mega Ramps, where he is able to learn and perfect his innovative skateboard tricks. 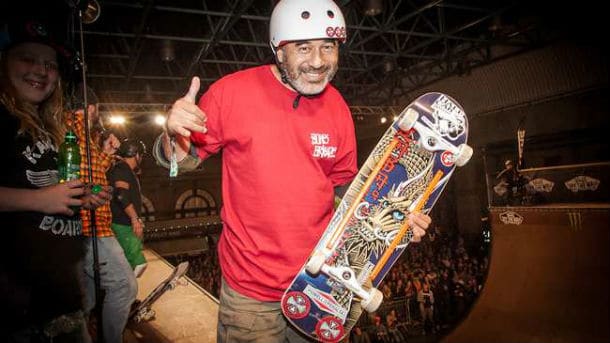 He is the Thrasher Magazine’s Skater of the Century.

Caballero is credited with the innovation of many skateboarding tricks, such as his signature ‘Caballerial’.

He is regarded by many as being one of the best ever and an important skater during the rise of skateboarders.

The inventor of the Flatground ollie, kickflip, 360 flip, heelflip. This formed the basis of competitive street skateboarding.

Rodney Mullen’s influence on the sport is now a vital part of the very basics of skateboarding.

Many other legends of skateboarding consider Mullen to be the most influential skater of all time. 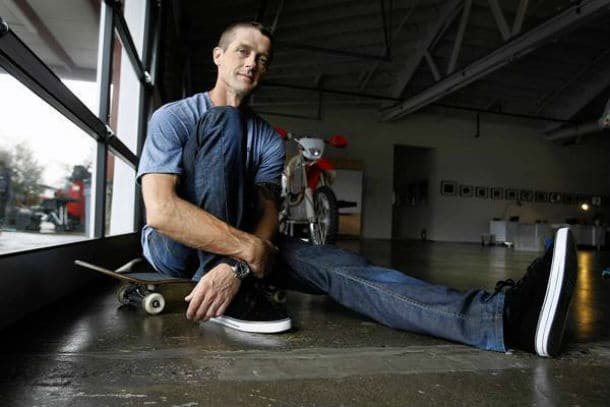 One of the few people to be awarded the prestigious Skater of the Year award twice.

Danny Way is known for his extreme skateboarding stunts and helping to popularise the use of mega ramps.

One of his most famous stunts was completing an ollie over the Great Wall of China in 2005.

With his extreme tricks, he has also won gold at the X Games 5 times.

Wait! It is not the end.

Below is the common question we have been received recently:

What Came First Scooter Or Skateboard? 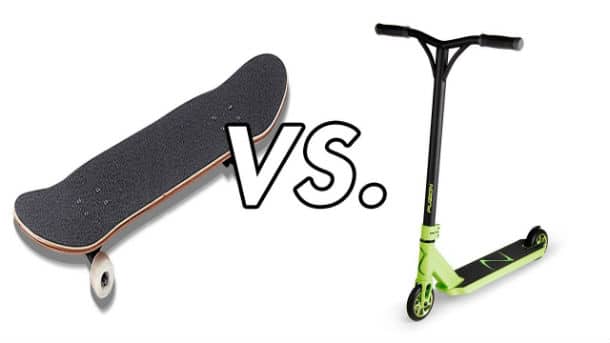 Let’s find out the answer.

The first scooter was made in 1817 by Wim Ouboter in Germany.

It then spread fast soon in the U.S. On the street, you could see a lot of people zipping around with scooters.

In Berlin, policemen used scooters to get around.

In some Walmarts, employees also used to zip around the store.

Scooter is supposed to be easier to ride and safer than a skateboard.

Meanwhile, back to the history of skateboarding, the first skateboard was made in 1958.

Therefore, we can confidently say that scooter came first.

We hope the information above informed you some skateboarding facts about skateboard history timeline.

Skateboarding is an action sport which involves riding and performing tricks using a skateboard.

It is a recreational activity, an art form, an entertainment industry job, and a method of transportation

Back in history, when the skateboard first came into existence in the 50s, nobody could have imagined that it would last this long.

This is a walk down memory lane.

Over the past decades, skateboarding has gone through many phases and swings in popularity. Riding styles have changed many times, and are still evolving.

In our opinion, there are five legendary skateboarders in the world including Tony Hawk, Bob Burnquist, Steve Caballero, Rodney Mullen, Danny Way.

Scooter and skateboard are popular sports for young people around the world. Scooter was created in 1817, whereas skateboard was first introduced in 1950.