What is snowboard cross? Snowboard cross (boardercross) has become an Olympic sport in 2006. Taking part in this event is a chance to challenge yourself and improve your skills. If you are a lover of sports, especially snowboarding, you cannot miss reading this article.

Below is what you need to know:

What is Snowboard Cross? 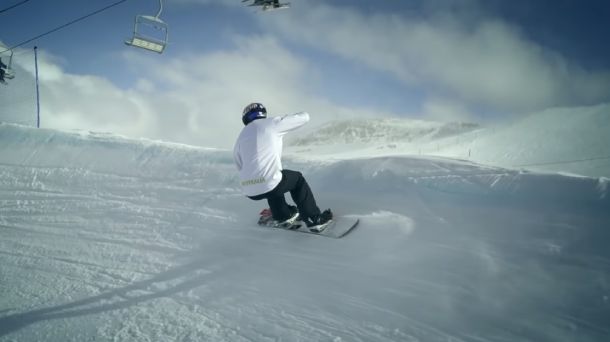 Snowboard cross is a timed snowboarding event. This event has relatively high concentrations of competitors who will take part in a lot of different snowboarding courses such as berms, jumps, drops, and turns.

They try to complete all the courses as soon as possible. The purpose of the snowboard cross is to test the ability of boarders – how they quickly maneuver through changing terrains while riding.

Since the Winter Games in 2006, snowboard cross has become an official Olympic event in Torino including other events such as team pursuit speed skating, team sprint cross country skiing, and mass start biathlon. Furthermore, snowboard cross is also one of top 10 snowboarding events at the 2018 Games in PyeongChang. 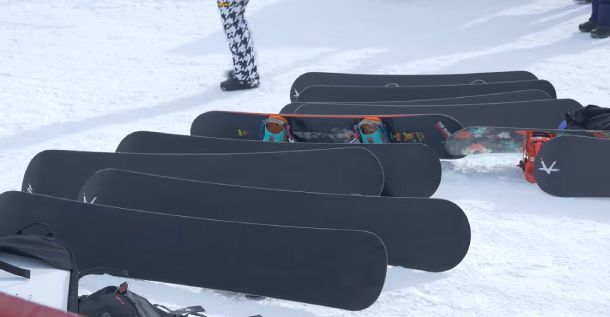 Compared to other sports, snowboarding, although was invented in the 1960s and ’70s, is relatively new to the public. This sport has a quick development, for example, it was on the inaugural X Games in 1997. Some years later, it appeared in 2 huge events at the Nagano Games: giant slalom and halfpipe.

Snowboard Cross Is Referred to by Multiple Names 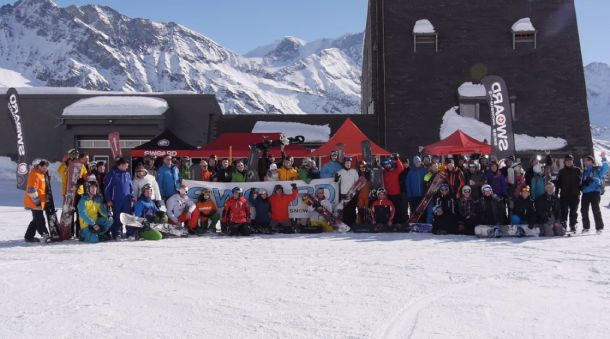 Snowboard cross is boardercross outside of the Olympic Winter Games and some events governed by the International Ski Federation. It has the origin of extreme sports television in the early 1990s.

Thanks to the cooperation of Steven Rechtschaffner and Greg Stump, there was a television series about extreme sports for 8 episodes in 1991. Stump also hosted Greg Stump’s World of Extremes series. And both of them need a daredevil sport for the last episode.

According to the idea of Rechtschaffner, all motorcyclists must race on a dirt course with sharp turns and bumps in the favorite motocross sport.

How do you think about the combination of motocross and snowboarding?

This way would be a challenge for snowboarders to race down. The winner is the one who can be over the line.

Finally, the show made a successful end, creating a hit. Rechtschaffner trademarked boardercross to protect and keep the sport away from using the name without his permission.

How to Get Into Snowboard Cross 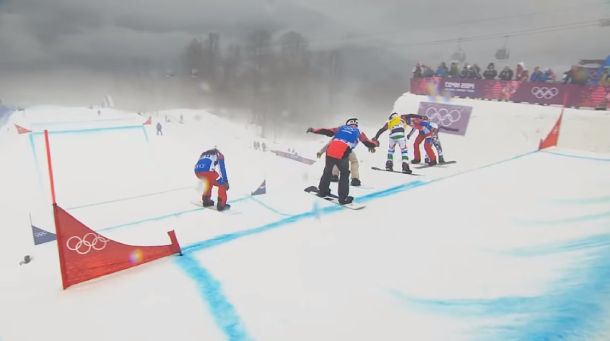 The knockout rounds take place very fast. While women get 4 heats of 6, followed by 2 semifinals, men’s is 8 heats of 5, with the top 3 progressing. After that, it follows the format for women (6 racers).

You should know jargon buster of snowboard cross

Drafting: you closely follow behind another racer who stands the brunt of the wind, so you can save a lot of your energy.

Jumping: the event is more exciting thanks to the variety of size of jumps.

Knuckling: the knuckle is the flat area between the landing and the take-off point of a jump. Meanwhile, knuckling is to land on a flat area without the slope to soften the impact.

Overtaking: you are not allowed to push, pull, and hold when you overtake, even you couldn’t block and swerve to stop your competitors.

Rollers: riders can absorb a wave or series of gentle waves. If you reach enough speed, let’s jump to take off from one and land on the backside of another.

Starting: the most critical elements are a strong upper body and reaction time. You pull handles out when the gates drop down to start. It’s best to start with a holeshot.

Turning: banked corners are helpful to apply around the turns. But, pay attention that you have to stop cutting corners when meeting small triangular flags.

Wu-Tang: in snowboard cross, wu-tang refers to the steep terrain features. Like a quarter-pipe, the Wu-Tang steeply curves up, and you have to jump and roll forwards at the same time.

Who is Competing and Who is the Favorite to Medal? 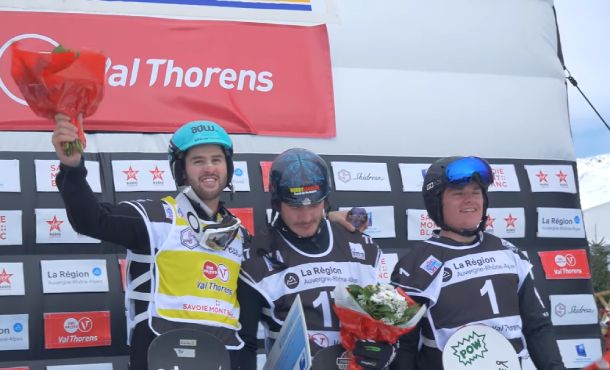 There are around 40 athletes in the men’s run, including Team USA’s, Nick Baumgartner, Mick Dierdorff, Jonathan Cheever, and Hagen Kearney.

Meanwhile, there are about 30 women in the competition, including Team USA’s Faye Gulini, Rosina Mancari, Meghan Tierney, and Lindsey Jacobellis.

Who is the favorite to metal?

She is Lindsey Jacobellis – a famous American snowboarder. This 32-year-old player won a silver medal at the 2006 Winter Games in Turin, but she lost the medal round in 2010’s games in Vancouver. Lindsay will come back to the slopes to take the gold one. 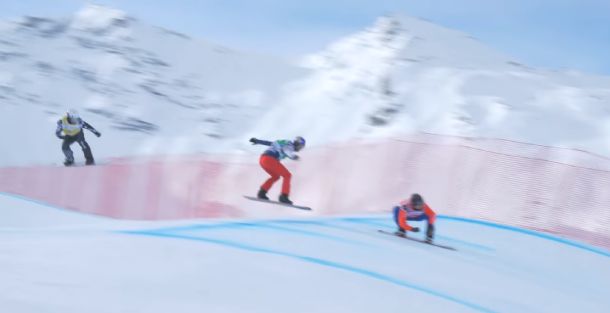 Like Skicross (SX), Snowboard Cross (SBX) is an event involving many athletes. Riders will race down a hill using skill and speed to pass cambered turns, a variety of jumps, rollers, drops, berms, flat and steep sections. Your task is to stay in control and maintain your maximum speed to pass over all challenges on your way.

The competition takes place on a course at Solitude Mountain Resort in 2019. And the race is designed into qualifying rounds. Top 2 athletes will complete the final round.

Here is the solitude live event schedule for snowboard cross: 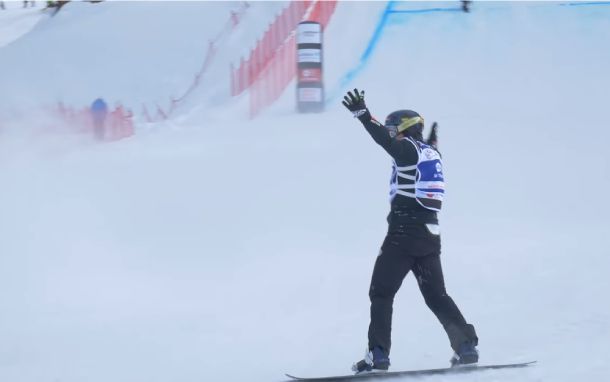 The first equipment is a snowboard. You should choose a little bigger and heavier board than your daily freestyle one because a model with a relatively stiff flex runs faster and more responsive.

Don’t forget a full-face helmet since it’s straightforward for you to crash into each other while playing this sport.

When buying a few tight outwears, remember to choose ones which can reduce wind drag.

Some protective gears for wearing underneath your outwear can keep you away from danger.

The final one is your skills, which are the most important thing. Although boardercross brings a lot of fun, it requires you to control well, maintain speed, perform the turns, downs, and ups skills safely. If you are a skilled snowboarder, you will have a good time playing when riding with high speed and straight-air 15-foot jumps.

When is Snowboarding Contested? And How can You Watch It on TV?

Snowboard events take place Feb.10-Feb.23. All events would be broadcast live and air on NBCSN and NBC.

The schedule of the final round covers widely even it is available on the NBC Sports app or by live-streaming.

Below are the daily TV listings:

Where are the Snowboarding Events Held?

The majority of snowboarding events are held at the 18.000-seat Phoenix Snow Park. However, you could find out a special ramp at Alpensia Ski Jumping Center, which is designed to show the significant air events.

This place is located in PyeongChang, and it is also the highest one in the world (around 160 feet with a 40-degree slope). 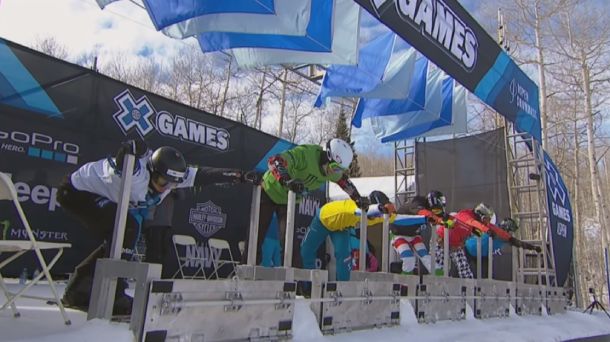 The short answer is yes. But, the X-Game’s field is more exclusive and smaller, especially, the atmosphere is more festival-like as well.

What is snowboard cross? Perhaps you have your answer now. It is a sports event, bringing many enjoyable moments. If you want, you can take part in or watching it on TV

Is my post informative? Can it help you with anything? Please let me know by leaving your comment in the section below if you still want to know other aspects about snowboard cross.